Steeped in rich tradition in history, Steubenville sits quietly on the banks of the Ohio River. The county seat of Jefferson County is also known as the City of Murals. Over 25 stunning murals can be found on Ohio’s Cookie Capital and Downtown area alone. Steubenville is also home to attractions such as Old Fort Steuben, and stalwart institutions such as the Eastern Gateway Community College and the Franciscan University of Steubenville.

The Pittsburgh International Airport is just 25 minutes away from Steubenville. The airport is served by a toll road, which basically makes travel to and from the airport much shorter for just 50 cents. Visitors may have to bring or rent a car to get around Steubenville. It is by far the easiest and fastest way to see the few attractions within the city.

Steubenville is Mid-Ohio’s hub for steel and manufacturing. Though this is evident in the city’s architecture, there are historic sites in the city that can take keen tourists back to Steubenville’s early settlement and frontier life. Homesteads such as Historic Fort Steuben will interest just about anyone. Located on South Third Street, the 18th century fort overlooks the Ohio River. A visit will reveal the hardships and daily life of the frontier’s first settlers. Just adjacent is the First Federal Land Office, which still has its 1,801 logs. The life-size figure at the junction of University and Dean Martin Boulevard depicts the Ohio Valley Steel Worker, and was given as a tribute to the city’s hardworking citizens. Some other worthy attractions include the Franciscan University of Steubenville, Seven Creeks Springs, and several golf clubs.

The grounds of Friendship Park, Forbidden Zone ATV Campground, Fernwood State Forest, Steelvalley Dragway, Steubenville Marina Entrance, and Winter Drive In are ideal for outdoor recreational activities such as hiking, biking, hosting picnics, camping, or plain strolling. Teens can bring their gear at the Zero Gravity Skate Park, try bowling at All American Lanes, or watch the current flicks at Carmike Cinemas. Shopping is also a favorite in Steubenville, as it has Fort Steuben Mall and Treasure Island Marketplace. Travelers can sample some fine wine and gourmet cheese at JC Wine Cellars and Black Sheep Vineyard.

The Jefferson County Historical Association and Museum sits on a 1919 mansion. The brick house by which it stands is known as the Emma Carter and Alexander Beatty Sharpe Museum, and sets an excellent example of authentic English Tudor décor. Tourists will see the Transportation Gallery, models of early steamboats, pictures of presidents from Ohio, Stanton’s personal deck, and some of the period rooms. The period rooms range from Military Rooms and Toy Rooms to a fully-functional but dated Doctor’s Room. The three-story brick house located in Steubenville’s historic district was erected in 1814. Known as the Quaker Meeting House, the historic establishment has an auditorium and a balcony. It was once a meeting house during its earliest years. Visitors can tour the meeting house, the surrounding buildings, and six gardens from April to October yearly. Other museums in the area include the Classic Car Museum and the Animation Factory. 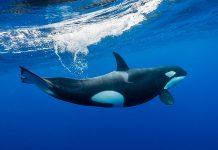 Orca Bremer Bay: The Most Powerful Whale In The Ocean

What is the Elliott Wave theory in stock trading?

IPhone 14 pro max should  be your next phone